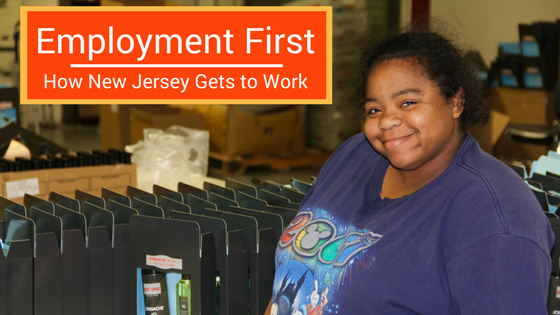 In April of 2012, Governor Chris Christie declared New Jersey an Employment First state. With this simple declaration, New Jersey became a part of a national movement that is “centered on the premise that all citizens, including individuals with significant disabilities, are capable of full participation in integrated employment and community life.” (Via Departement of Labor) This urges local publicly-financed systems to adjust their programs and policies to promote integrated, competitive employment opportunities for people with disabilities and special needs.

Phew. That was a lot of three-syllable-words.

In plain-speak though, what does it all mean? It means