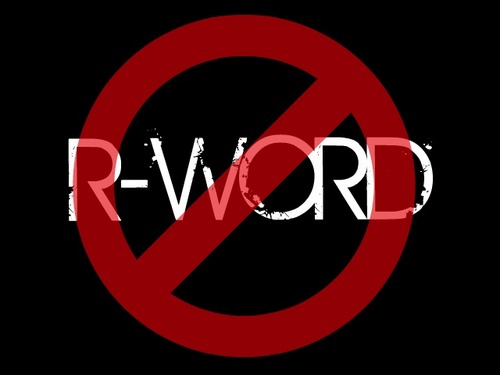 A War of Words: “Politically Correct” vs “Plain Speaking”

When it comes to the community of persons with disabilities and special needs, labels are a hot topic. We use certain words to describe individuals or ourselves. Unfortunately, words have the power to hurt feelings and limit expectations. We’d rather those words NOT be used to label us. On the other hand, we have a number of individuals who are opposed to using “politically correct” language. They feel they should be able to use whatever words they so choose without retribution. People draw a line in the sand and stop listening to one another. Let’s dive in and see why this is and how we can start a conversation, rather than a war of words.

Unfortunately, the battle lines are drawn and the sides have been established. On one side, we have those who favor “politically correct” language and on the other, we have those who favor “plain speak.” Many people are fed up with having to police their words and feel like, no matter what they say, they will inevitably offend someone. They don’t understand why people have such “thin skins.” In response, these “plain speakers” are condemned for their choice of words. Attacks such as these put people on the defensive and shut down any opportunity for anyone to walk away the interaction feeling like there was a positive outcome.

How do we change this? How can we turn this negative into a positive? We have a few ideas.

Most People are Good People… No, really.

The first step towards making everyone more aware that they should not be using offensive language, is by first accepting that most people, are good people. They don’t understand how hurtful this language is to people with disabilities. Granted, there are individuals who DO use these words callously or to be purposely hurtful. Changing THESE people is not something we can cover in this post, better to move on and focus on what we can control, rather than what we cannot. If you ever do encounter someone who you feel is being purposely hurtful, do your best to ignore them or report their actions to someone who will help separate you from the offensive individual.

Righteous indignation feels good. When you are so convinced that you are in the right and that whoever you are speaking to is wrong, it can feel sooooo satisfying to rub it in their faces. The problem is that this is not the most effective method to affect change. If someone has said something offensive and you feel morally obligated to address it, take a moment and remind yourself that most people are good people. Approach the situation with humility, understanding that, at some point, we’ve all said silly things without thinking. Try to remember how we were treated in those moments and how we wish we had been treated. This is your opportunity to change someone’s mind and make a difference, don’t throw it away just to feel superior. Before you say anything, take a deep breath and try to relax. You have faced ignorance and are now understandably upset. The problem is, you may lash out and end up saying something that won’t be very constructive. The last thing you want is to turn a conversation into a shouting match. Be true to your emotions, but don’t let them get the best of you.

People grow incredibly defensive when confronted in a group setting. They feel that if they do not retaliate to a perceived attack on their character, they will end up looking weak. Their response will be unpredictable and uncontrollable. Better to ask if you can speak with the individual privately, this can help avoid the awkwardness of calling someone out in public.

Take the time to explain to the individual that the word they used hurt your feelings and that you’d prefer they wouldn’t use it in your presence. Afterward, be sure to let them know that you know they weren’t using it to be hurtful and that you don’t think less of them. Follow it up with letting them know why that word disturbs you. You could tell them a personal story or even draw a parallel with other words that are offensive.

Only use this tip if you feel the person has taken the time to listen to you and empathized with your point of view. If you feel you’ve gotten through to this individual, thank them for their patience and understanding. This is the cherry on top of the education cupcake. Both parties walk away with a feeling of positivity and surety that the matter is closed. When we leave an encounter with such a positive ending, it encourages long-lasting changes in a person’s behavior.

We hope these tips come in handy when addressing these issues in the future. It’s crucial to open up a dialogue if you want to see things change for the better. If all goes well, you will have made a significant victory in the war of words in which both sides win.