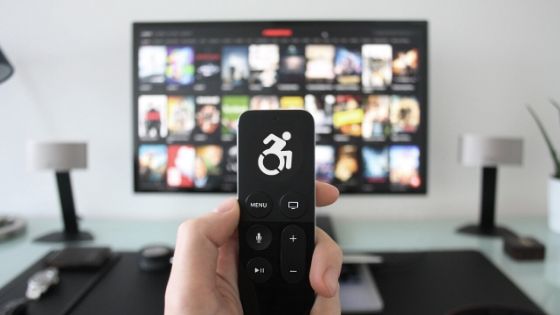 At the moment, most of us are stuck inside trying to keep ourselves entertained until this period of quarantine concludes. A great way to pass the time is by immersing yourself in a new show or movie. When looking for something to watch, most of us like to pick a story we can see ourselves in. If that’s the case, why do we rarely see movies or tv shows that portray characters with disabilities, especially in main roles? Furthermore, how often are these characters played by actors with the disability they are portraying?

In a 2018 study by the Ruderman Foundation, out of 284 shows across 37 networks and 4 streaming services, 21.6% of characters with a disability were portrayed authentically. That means that nearly 80% of stories told about the disability population were told inaccurately. How can you accurately portray the experiences of someone with a disability if you are not casting someone who has lived through those experiences? The media often confuses presence with representation, but the two are not the same. Not only do we need to see more stories of individuals who have disabilities, we need to see more stories FROM individuals with disabilities.

So how about we spend less time talking about content with authentic disability representation and more time watching. Below is a collection of shows and movies you can stream right now! Some are documentaries, some are fictional stories, but all of them include a story of an individual/individuals with a disability played by someone who can tell the story best.

This documentary does a great job of reminding us how important friendship is. Whether it’s, taking the next step in life, dealing with family, or preparing for a big performance, these four comics show us the power in our relationships with those close to us.

If you like this documentary, be sure to check out the sequel, On Tour With Asperger’s Are Us, on HBO or Amazon Prime!

Best and Most Beautiful Things (2016) – Amazon Prime
Documentary
Not Rated
Warning: Intended for mature audiences only, contains themes of a sexual nature.

“In a celebration of outcasts, a precocious young blind woman vanishes into quirky obsessions and isolation. With humor and bold curiosity, she chases love and freedom in the most unexpected of places: a provocative fringe community.”- IMDb

This film stands out because it dares to go places the media typically doesn’t. When we see individuals with disabilities on our screens, we are usually given a surface-level look into their lives. Very rarely are topics such as sexuality and relationships among individuals with disabilities given much screen time. This film portrays these subjects in a refreshing and unique way, bringing light to conversations and ideas that for long have been considered taboo.

“A groundbreaking summer camp galvanizes a group of teens with disabilities to help build a movement, forging a new path toward greater equality.”- Netflix

This new documentary tells the story of dozens of unsung heroes of the disability rights movement, many of which met at a camp for children with disabilities in the 1960s. The combination of camp footage, shot by the campers themselves, coverage of their historic demonstrations, and present-day interviews with the campers/activists telling their first-hand accounts offer a groundbreaking look at the disability rights movement and the individuals behind it.

This is the story of a man obsessed with his craft. Richard Turner, one of the world’s most impressive card magicians, is also blind, but he does not want that to be the takeaway. Hear from Richard and his family how his ambition and passion for card magic has impacted all of their lives.

Noah, an 11-year old boy with social anxiety disorder, navigates middle school with the help of his emotional support dog.

Representation in children’s shows is especially important because the audience is learning about themselves and others by what they see on television. Every child likes to feel like they are being seen and heard. Finding characters that they can relate to in their favorite shows helps validate their experiences and makes them feel like they are not alone. Shows like The Healing Power of Dude offer that sense of validation for children with disabilities that is otherwise hard to find in today’s media.

“After suffering a stroke at age 34, a woman documents her struggles, setbacks and eventual breakthrough as she relearns to speak, read and write.”-Netflix

This film does not hold back on exposing the difficulties and obstacles that came with Lotje’s recovery after experiencing a stroke. With much of the footage recorded by Lotje herself, viewers are able to follow her journey step by step as she learns to adapt to her new circumstances.

“Backed by a crew of unlikely allies, newly sober paraplegic Gabriel Cordell teams up with his nephew for a grueling wheelchair trek across America” – Netflix

The audience gets a day by day viewing of Gabriel’s journey from California to New York by wheelchair. On his mission he encounters dozens of strangers who have their own stories to tell, inspiring Gabriel to complete his journey for not only himself but for the hundreds of supporters he’s gained along the way. At the same time, the multidimensional story covers Gabriel’s experience with drug use and how addiction is also affecting his nephew, who has joined him on his journey.

“Maya DiMeo (Minnie Driver) is a mother who is willing to do anything for her family. Her son, JJ (Micah Fowler) has cerebral palsy and she will fight for justice in order to give him what he deserves.” – Freeform

Creator, Scott Silveri based the show on the real-life experiences of his family and his brother, who has cerebral palsy. Being that cerebral palsy exits in various forms, and not everyone shares in the same experience of his family, Silveri consulted with the chief executive of the cerebral palsy foundation, Richard Ellenson, to assure that the show upheld a multifaceted approach to portraying the character’s experience with CP. The show also stars Micah Fowler, a young actor who like his character has cerebral palsy. In regards to his role and disability representation, Fowler told Forbes “A person living with that disability can draw from real-life experiences and bring depth, perspective, and an essence to the role that a person not having lived with a disability could not.” This show made our list because not only is it entertaining, but the people behind it have a genuine concern for telling the story the right way.

Before you stream consider this…

Hollywood is changing, and (very) slowly, but surely we are seeing a stronger presence of the disability community on our screens. Unfortunately, presence does not always mean accurate representation. The above are examples of stories told by the people who can tell them best. Whether documented, or scripted, the stories of those with disabilities matter, and the way they are presented on our screens matter just as much. We must demand more from the content we watch. There are disability stories to be told and plenty of individuals with those disabilities that can tell the stories best. We cannot settle for presence, we must demand authenticity.

With authenticity comes more opportunities for actors with disabilities.

With authenticity comes more individuals seeing themselves on screen.

Any other programs you want to recommend? Tell us about them in the comments below.